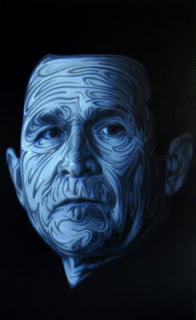 The Arts journal brief was founded by Alan Loney in 1995 under the title A Brief Description of the Whole World. In those days it was a quarterly, with a certain number of pages reserved for each of a small number of contributors. The first ten issues of the magazine appeared between December 1995 and October 1998 (a double issue: 10/11).

John Geraets revived it in mid-1999. His first issue was a reprint of Leigh Davis's Willy's Gazette (1983), but he went on to edit eleven more issues, taking the magazine through at least three more name changes (ABDOTWW / Ab.WW & AbdotWW) before settling on the more succinct appellation brief which it retains today.

Geraets asked me to take over as editor in 2002, and I edited the magazine for the next three years, from July 2002 until May 2005, approximately nine issues (depending on whether you count the immense #30/31: Kunst-Kultur issue as one or two). In my time brief moved from being a quarterly to appearing three times a year.

I also followed John Geraets' lead in trying to develop brief's publishing arm, the Writers Group, which issued two titles under his editorship and three under mine. They are, in order:

Throughout the first ten years (and 32 issues) of its existence, brief's format remained relatively consistent: A4 sheets, copied – so far as possible – exactly as their authors wrote them, ordered, bound, then distributed with bio-notes and a cover. The magazine has always had a commitment to publishing technically adventurous literary and graphic work, by acknowledged (and newly discovered) innovators. Pageworks, critical articles, poems and fictional texts were equally prominent in most issues. The Writers Group, and brief, have never received any official funding beyond subscriptions and donations, so all but occasional guest contributors have had to be subscribers.

Scott Hamilton took over as managing editor late in 2005. He now cedes that role to Brett Cross of Titus Books, who will be editing the next issue, no. 35.

What can one say about Scott as editor? An immensely inspiring and stimulating writer, and generous supporter of other people's work, Scott, I think, has done fine things with the two issues of brief he's edited. His intense political consciousness also gave the magazine a new relevance. All of that is on the plus side.

On the minus side, it's true that it's taken a very long time for those two issues to appear, and that in the process our original commitment to producing three issues a year has rather gone by the board. That's the only negative aspect I can see about his incumbency at brief.

Where the magazine goes to from here I'm not really sure. We've had to scale its size down from the original A4 format to A5 mainly for reasons of cost, but there doesn't seem to be any diminution in the quality -- or quantity -- of material in each issue.

Nor do I get any sense of growing indifference to the concept of an avant-garde literary magazine committed to representing the kinds of material which you won't see in the other journals.

Anyway, once again the managing editor is gone, long live the managing editor! Good luck to Brett in his new role. I hope you continue to support him. Maybe, with your help, this most maverick of literary magazines can continue for another decade or so ...

Here's a summary of the issues to date: 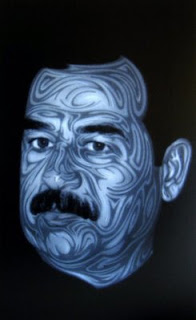