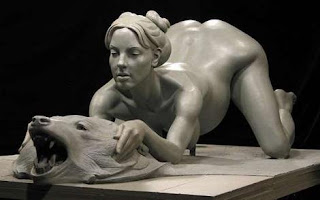 Where's that blonde goddess, resplendent in red spandex, revealed once and for all when the pyramids of Mars split apart in the "Oops, I did it again ..." video? The plaid-skirted schoolgirl temptress of "Hit me baby one more time"? The madly metamorphosing super-spy of "Toxic"?

Pop has, alas, once more eaten itself. She's split with her hubbie, cut off her hair, gone into rehab, run away from rehab, gone back into rehab ...

I guess the whole subject was recalled to me when Gabriel White asked to post "Nouvelle Vague" on his site -- it's a soundfile taken from a sequence of poems I composed back in the palmy days of Britneymania, in 2001 ...

That sequence was called "The Britney Suite," and was based on the conceit of a kind of psychic meeting between Britney Spears and Paul Celan -- the most plastic, constructed persona imaginable, a blonde American teen-singing-sensation, juxtaposed with the very epitome of high culture cool -- the tormented archpoet Celan (for more on him, see my paper from the Auckland University Poetics of Exile Conference (2003): "Meeting Paul Celan".

I guess I thought if I just put them together, sparks would fly. I couldn't help feeling that Celan would find something attractive in the sensuous simplicity of Britney's world. By the same token, Britney seemed to me to be enacting a kind of Zen self-education in the school of hard knocks as she experienced the complete breakdown between public and private in her own life.

But as I began to write, lots of other intermediate figures startling jostling for space: a motley crew of pornographers, pop artists and dream girls.

I put out the poem as a little chapbook at the time, in 2001, and for a while Gabriel and I had a plan of making a film out of it. Funding was refused, however (I wonder why?), so it's languished on the back burner ever since. Though it did go down rather well when I read it in its entirety at Poetry Live -- less well at the Canterbury Poets' Collective.

Now I feel a bit responsible -- as if life were imitating art. The baroque excesses of the poem appear to have been uncomfortably prophetic of the real-life Britter's voyage to the end of the night. It would be megalomaniac to think I had anything to do with causing it, but that doesn't make me feel any less guilty for having discerned its rough outlines from afar.

Cassandra is never a comfortable role to play.

I'd like to share it with you now, though, in any case, and will be putting it up piecemeal on the blog over the next few days. Please note that sections of it are R18, though ... caveat lector. 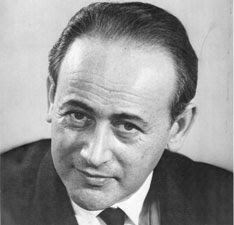