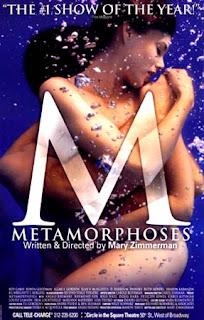 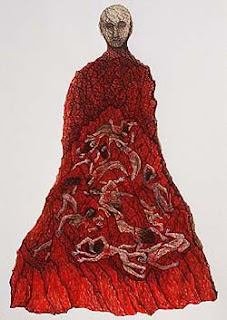 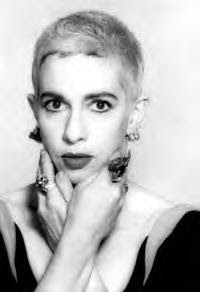 I've found these three approaches useful for teaching poetic translation workshops ever since. For more on that, see my entry on the Bluff O6 poetry festival from the earlier pages of this blog.
Posted by Dr Jack Ross at 10:26 am

Jack have you seen my entry on or about Alan Sondheim? He was a friend of Kathy Acker - perhaps he was very close - I think and she is one writer who also inspired him - now when I talked about that a bit he backed away - he may have been very very close (but I dont know).

I think his work is immense. It is certainly resistive and not for the faint hearted!.

But please take a look if you get time. I have links etc on my Blog..

I dont know much of Acker's work -I tried to read one of her early novels - & I saw something she did on in the L=A=N=G=U=A=G=E mags (that was interesting) ..we talked about this once. But the link to Acker might mean you would be able to to get handle on Alan's work - for my money he is very great writer or "textualiser" or whatever you call him...

You of course may think he is no good. His "melancholia" and so on - his seeming mania (almost) for the internet worry me or sometimes I think he is too obsessed if one can be so) BUT ...there is some interesting (and frequently orginal and innovative) (and or disturbing) writing and images on or in his project; he has and while at times I think he is near madness (I dont think he is but he is certainly very driven) - he is also widely read and very well read in the Continental Philosophers - phenomenology is a big thing with him -but there a re other areas - Derrida of course...and his interest in the "technology of the internet" (all aspects of human communications I suppose) - he helped set up the internet in parts of Canada...

He has also made movies.

I like the work you are doing in translating. Micheal Stevens is translating Vallejo (he has a Blog on MY Space as I do also as well as EYELIGHT)

I rushed into print (re Alan mostly seeing the pic of Acker)) I would also comment that your composite work is great stuff - informed and as sufficiently wild and nearly as tormented as a mad wind on a burning sea...But (screeeech.... of brakes....!!) also witty and wry(!)

Jack -it must seem I am crawling up or into you (or haunting you!) but no - I wish there were more comments than mine here -

Your reaading of your work the other Monday was brilliant - electrifying, controlled and intense.

That book is right on the nail - hesitations, atmosphere; all built in - one of your best in many excellent works you have done.

The other "extreme" is Giodorno Bruno etc but that is also part of the overall picture.

Robin Bond, the Associate Professor of Classics at Canterbury, reads Horace Odes Book One, available for downloading from the LATINUM podcast, which you may be interested in taking a look at.

Don't worry, Richard. I don't feel stalked. I always appreciate your input on these posts. And thanks very much for your kind words about the reading last Monday.

Everyone was on form, I thought -- Bill Direen characteristically brilliant, Scott Hamilton in great form with his Ode to Auckland, yourself and Olwyn quietly effective, and some excellent Vallejo translations from Michael Steven.

The highpoint, for me, though, was probably the reading from David Brown's novel ... it sounds like a real gas: terrifying and disturbing and yet somehow lyrical at the same time.

David Brown's novel - or his reading from was great. He is highly talented.