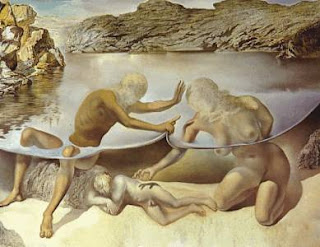 … Making clear
that this was a one-time favor, she had been on the point of swearing
that never again would it happen that an old person be made
young again, but Themis, the Hours’ mother and Mistress
of Seasons and Years, prevented this ill-considered gesture.
And now we get Themis’ list of myths in which time stands still,
moves around, plays tricks. . . not stories but only allusions,
some of them clear, and others oblique or coy. Our attention
wanes, as the voice — of Themis? Ovid? — falters and drones.
Tired perhaps? We strain to follow its murmur and feel
frustration, even annoyance. Why has he thus betrayed us?
Is this a place he’d have fixed had the gods not sent him away
(or, to keep to the pattern, turned him from darling to exile,
the victim of Caesar Augustus’ whim)? But there is a way
to read this passage and turn time back. We are children again,
hide in the hall at the top of the stairs and strain to hear
the phrases that float up from our parents’ conversations.
Greedy for what we can catch, we hold our breath to listen
and to comprehend their words and the world’s unpleasant secrets
from which they have tried to protect us as long and as well as they could.
The question is one of trust, which Ovid invites or tests.
Have we learned in these pages to yield to his moods and moves, to read
with that mixture of love and awe we felt many years ago
in the upstairs hall? The subject, at any rate, is the business
of youth and age, how the gods can turn back the clocks—not often,
but every now and again. We get Amphiarius’ story,
and Callirhoë’s, who prayed that her young sons might be made
mature to avenge their father’s death. ...
… We’re back on track now. This story, a somewhat mannered performance,
is one of those nice rhetorical set pieces Ovid loved
to dazzle with. He could put his lawyer’s training to use
as he made up elaborate speeches for his characters to declaim.
We’re all ears now, or they are sharper for having been jangled
a while, as if, in a concert hall, a composer had scored
a tune-up, white noise to get us into the proper expectant
mood. There’s even a warning, a moral (not quite on target,
but, if it were, the story would be otiose and redundant).
Byblis, he says, is a warning that girls should be careful to keep
their passions in check and direct them only to lawful and licit
persons — and this is a rule it’s difficult not to agree with. ... 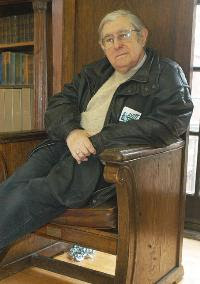 Well, that really is a rather remarkable passage to come across in the middle of a verse translation, isn't it? Fine if you call it a verse commentary or rewriting, sure - but it's hard to avoid the conclusion that Slavitt is straining the boundaries of the genre here.

That's what Bernard Knox thinks, anyway. In an article in The New York Review of Books he remarks of this section of text:


Slavitt speaks eloquently in his introduction of the reader's (and the translator's) reaction to the poem as a "leap of sympathy, intuition, understanding, and, finally, collaboration." But this seems to go beyond collaboration; it is in fact editorial intervention, or perhaps intrusion would be a more accurate description.


Of course, it's true that Knox's article was written mainly to justify the appearance of yet another version of the Metamorphoses, this time by Charles Martin, and that Slavitt (along with Ted Hughes, the only other translation Knox considers) is really just being set up as a straw man against his pentameter-wielding hero. (In fact, Knox's article was reprinted as the introduction to the 2004 publication of Martin's translation.)

Is Slavitt justified in taking such liberties with the text? Who can say? My own feeling is that this is one of the more impressive passages in his book. I wish he'd done it a bit more often, to be perfectly honest. There's something daunting about endless ranks of advancing hexameters in any language, but especially in English, used as we are to the swift movement of the pentameter. 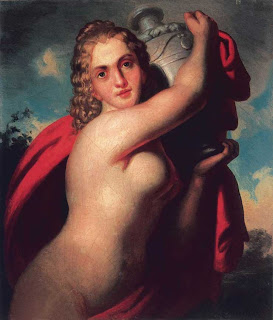