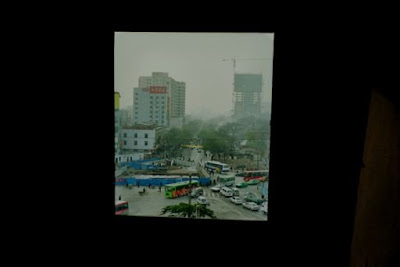 [Gabriel White: The World Blank]
I'm afraid this post is a bit of a grab-bag of unrelated matters. Still, no harm in that, I suppose.

First of all, I want to urge all of you who are loose in Central Auckland any time in the next couple of weeks to check out Gabriel White's retrospective show "The World Blank" at The Film Archive Level 1 / 300 Karangahape Rd (Just above Artspace on the right side of the road heading towards Queen Street). It runs till the 28th of April, so you should have plenty of time.

I was at the opening on Tuesday last week, and heard Gabriel read out the commentary track to his early piece Airpoints, filmed in Melbourne in (I think) 2001. The text is available for free, and is well worth having.

The other works, all in the video-diary form which Gabriel's been experimenting with for the past seven or eight years, include Journey to the West, El Arbol del Tule, Tongdo Fantasia and Aucklantis. All of these are on sale for very reasonable prices (ranging from $15 to $35). I took the opportunity to complete my collection of Gabrieliana to date.
* 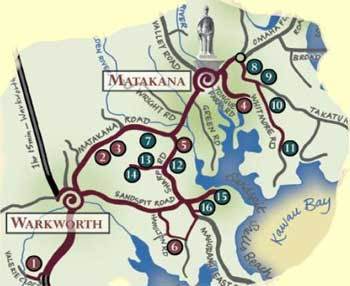 [Matakana]
Secondly, here are some upcoming readings I'm booked in for in case anyone's curious to check them out:

One of 10 Readers at the launch of
Our Own Kind: 100 New Zealand Poems about Animals
ed. Siobhan Harvey (Random House)
Artis Gallery
Parnell
Thursday, 7th May
5.30 - 7.30 pm 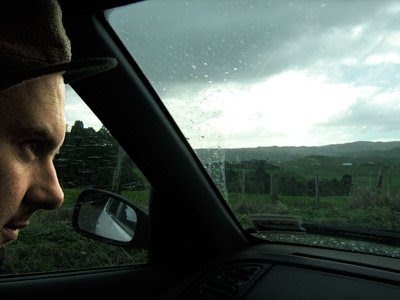 [The Hamilton Papers]
Finally, kudos to Scott Hamilton for knowing a rockstar when he sees one. In one of his most recent posts on Reading the Maps, he listed The Imaginary Museum as #5 in his top ten indie blogs:

... when the poets, short story writers, novelists, and essayists of twenty-first century New Zealand sit down at their desks and put pen to paper or finger to keyboard, who are they writing to? Who, I mean, is their ideal reader - the person who knows what they're getting at, wants them to get there, but won't tolerate any easy shortcuts or self-indulgent detours? I suspect I'm not the only Kiwi scribbler who would name Jack Ross as my ideal reader, and the assured, intelligent exercises in literary criticism on this blog will show you why.

Pretty good, eh? If you go to the comments after the post, you'll find me writing something almost equally fulsome about Scott's blog. There's a man with a lot of time on his hands who actually manages to spend it usefully by combing the net for bloody interesting stuff which I for one would never find out about otherwise ...

Not that Jack's perfect - in his latest post he neglects to mention that he acquired his cat 'Zero' from me, and that shortly after doing so disposed of the perfectly good name I had given the creature.

"The creature," indeed! I ask you, does that cat look discontented to you? She loves her name, takes a fierce pride in it, actually. Trying calling her "Nui" and you'll find a set of razor-sharp claws flying in your direction ...
Posted by Dr Jack Ross at 9:16 am