Pania Press and the quality known as "wu"

... Here is a piece of metal which has been melted until it has become shapeless. It represents nothing. Nor does it have design, of any intentional sort. It is merely amorphous. One might say, it is mere content, deprived of form.’

‘Yet,’ Paul said, ‘I have for several days now inspected it, and for no logical reason I feel a certain emotional fondness. Why is that? I may ask. I do not even now project into this blob, as in psychological German tests, my own psyche. I still see no shapes or forms. But it somehow partakes of Tao. You see?’ He motioned Childan over. ‘It is balanced. The forces within this piece are stabilized. At rest. So to speak, this object has made its peace with the universe. It has separated from it and hence has managed to come to homeostasis.’

Childan nodded, studied the piece. But Paul had lost him.

‘It does not have wabi,’ Paul said, ‘nor could it ever. But—’ He touched the pin with his nail. ‘Robert, this object has wu.’

‘I believe you are right,’ Childan said, trying to recall what wu was; it was not a Japanese word — it was Chinese. Wisdom, he decided. Or comprehension. Anyhow, it was highly good.

‘The hands of the artificer,’ Paul said, ‘had wu, and allowed that wu to flow into this piece. Possibly he himself knows only that this piece satisfies. It is complete, Robert. By contemplating it, we gain more wu ourselves. We experience the tranquillity associated not with art but with holy things. I recall a shrine in Hiroshima wherein a shinbone of medieval saint could be examined. However, this is an artifact and that was a relic. This is alive in the now, whereas that merely remained. By this meditation, conducted by myself at great length since you were last here, I have come to identify the value which this has in opposition to historicity. I. am deeply moved, as you may see.’

The quality known as wu. Pania Press books partake of that feeling also, I believe. They, too, are handcrafted from what might otherwise seem insignificant materials – a few pieces of thread, some sheets of paper – and yet each one is unique, with a unique and individual cover design.

Philip K. Dick’s Japanese businessman goes on to explain to the American Childan that ‘it is a fact that wu is customarily found in least imposing places, as in the Christian aphorism, “stones rejected by the builder.’” (The context gives this dialogue particular poignancy, but if you haven’t yet read his 1962 classic, where he imagines a world where German and Japan won the second World War, I’ll have to leave that up to your imagination).

Anyway, this post is just to signal that Pania Press’s first two commercial publications are now available for purchase. You can read more about them, and read sample poems, at the Pania Press blogsite, but I’ll just say here that:

many things happened, by Thérèse Lloyd, is a delightful and moving first collection of ten lyrics by a poet who will soon be jetting off to Iowa on a scholarship set up by Bill Manhire’s International Institute of Modern Letters. 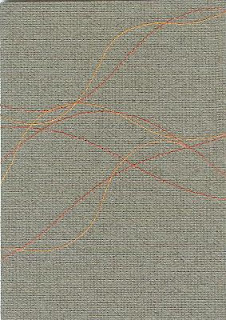 Love in Wartime, by yours truly, is -- for me –- an unusually direct sequence of poems about love and loss. It seems a rather timely subject for meditation just now. Enjoy. 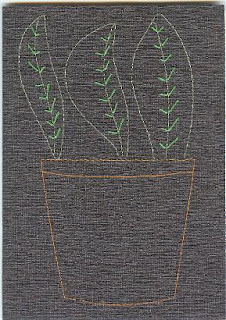