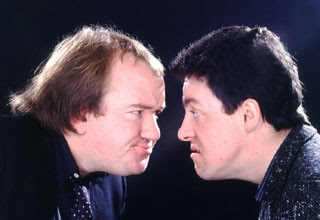 [Alas Smith & Jones]
Yes, well, maybe it is a bit vainglorious to compare me and Gabriel White filming some conversations in his living room in Freemans Bay with that epoch-making set of confrontations between David Frost at the apex of his (bizarre) media career and gloomy, half-mad, exiled ex-US President Richard Nixon. I shouldn't think Ron Howard will be rushing to acquire the rights for another Hollywood blockbuster, though of course you never know ...

Perhaps a more appropriate model would be Mel Smith and Griff Rhys-Jones's incarnations as "Scratch 'n' Sniff", those two bozos who used to conduct pretentiously inane dialogues in Alas Smith & Jones in the 80s and 90s. As Wikipedia so trenchantly puts it: "Smith was the idiot who knew everything, Jones the idiot who knew nothing."

Be that as it may, we remain undaunted. Gabriel has spent a lot of time over the years reading and annotating his copies of my REM trilogy: Nights with Giordano Bruno (Bumper Books, 2000), The Imaginary Museum of Atlantis (Titus, 2006) and EMO (Titus, 2008), and he had quite a lot of questions to ask me about them. What harm, we thought, in sharing the results with an online audience?

Turnabout is fair play, though. Regular readers of this blog can hardly claim not to have noticed my admiration for Gabriel's films Aucklantis (2006) (reviewed here) and Tongdo Fantasia (2008) (launched earlier this year at OUi boutique in K Rd).

So we decided to do a double interview: I would quiz him on the inspirations and influences behind his Tongdo Fantasia, and then he would ask me questions about the REM novels.

For my money, that's better than either Frost / Nixon or Smith & Jones. I mean, didn't you ever long to see Nixon asking Frost some tough questions about just who precisely he thought he was to be so up on his high horse? And why didn't Smith ever swap places with Jones? That's what I want to know. With us, on the other hand, you get to see us on opposite sides of the table - in itself well worth the price of admission, I'd have thought ...

But seriously, folks, here's a breakdown of both interviews, now up for viewing on Gabriel's website (the clips take a little while to download, but at least that gives you time to mull over the info contained in each). They've also been indexed with themes and topics for your viewing convenience: 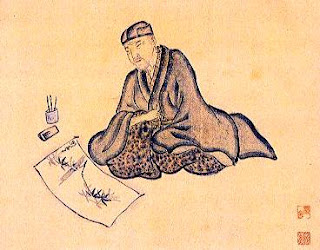 [Apuleius: The Golden Ass (as illustrated by Milo Manara)]

Depending on the response to these, there may well be more to come. We didn't have enough time to talk about either Gabriel's Aucklantis or my novel EMO, but there are number of interesting points still to be thrashed out about both, I'd have thought.

There's now a new interview up on Gabriel's site:

John Radford: "It's like a child's view, or someone from another reality arriving here and looking at this thing which we call a city and the way this thing works and making assumptions ... that are very reasonable assumptions to make ..." 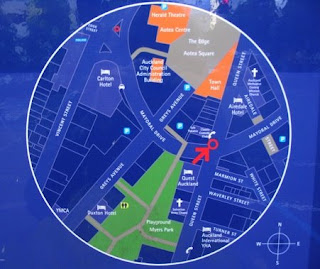 I had to download a programme to watch but so far it is fascinating. GW interviews with great discernment...
Apuleius - I got to The Golden Ass via a book that included a study of James Merrill who bases one of his (typically complex almost impossibly arcane and sybilline) poems on the Cupid and Psyche section in that book* ...
but I found it very easy to get copies of Graves translation BTW.

I'm still interested in digging into your books and attempting something - some scrawlings and ramblings on paper about your books... (I love chess but while my brother was great on maths and puzzles etc - I am not so good - so not too much deciphering of the Lullian codes for me! - they seem to have become a trilogy and they form one in my mind - a thematic trilogy...)))

I like the idea of you basing in the "occult" or the arcane (the power of the Church for centuries surely lay in its mystery (and thus it's poetry) not it's "truth" - hence also the use of Latin.

Trouble in mind - yes that multifacet title and that "line" has been haunting me... when I have time will watch other videos/interviews and want to see one on EMO. [There I feel translation (in its widest sense) and of course stories inside stories as in the Arabian Nights... is a big question or issue.)

You certainly make or have trouble [..in..mind...] for those readers you don't want Jack!

Re Merrill - is Changing Light at Sandhover one of your arcane or "occult" references or "inspirations"? ...I know you have the book!

I think they - the interviews - are great so far.

"Re-making It New" explores how modernist poetry of the first half of this century functions as a tradition for contemporary American poets. Keller examines the careers of four representative poets--John Ashbery, Elizabeth Bishop, Robert Creeley, and James Merrill--to show how they extend and modify modernist techniques and attitudes

Thanks Richard. Yeah I'm thinking of creating a real player version of my website. I suspect that a lot of people don't get to watch the vids due to lack of quicktime. I for one can't be bothered downloading the right software for sites that my computer can't play. Thanks for making the effort.

Richard - well, yes, I have a copy of The Changing Light at Sandover and have read the whole thing with considerable enjoyment. It's a very different approach from mine -- more like Yeats's A Vision, I'd say. Merrill really does consult a series of visionary voices and gets advice from them. There's a certain literalism about it which isn't quite my angle (though I am interested in the way the voices get more and more resistant to being packaged up so conveniently in Merrill's epic poem).

I was a bit baffled by Merrill's great work (unfortunately I have never owned copy - must acquire one - I have some of his poems) but I was interested in the idea - and I realise that Merrill seems to actually believes he is talking to Auden etc - the literalism you refer to. (Or he makes it seem as such.)

I am not saying your method in the REM books is parallel,but I connected to your interest in "the occult" (for want of a better term) but it's strange but perhaps trivial how I "got to" Apuleus via a writer writing about Merrill etc!)

An acquaintance - John Herbert - mentioned Merrill and Lowell and one other as amongst the greatest US poets of the Ashbery /O'Hara generation.

"There's a certain literalism about it which isn't quite my angle (though I am interested in the way the voices get more and more resistant to being packaged up so conveniently in Merrill's epic poem)."

These voices - the polyvocality? they rebel? The poet as (as near to madness as Hamlet, or Lear at least, not as Ophelia drowned, or as blind as Oedipus.) They resist as the author cannot control them? He is "a another" if not dead? The voices "turning and turning"... The android - Frankenstein. Christabel. Like the puppet taking over! Like in a fairy story! In the 2001 Nights! The move from modernism to postmodernism? Magical strange and dark? (It's often hard to see the dividing point...

Yeats is another great poet...

Gabriel - thanks for your thanks! Yes it took some time I got iTunes which worked well for the interview.

I actually wished the interviews were much longer. Both of you interacted so well and Jack and yourself speak so well.

I've seen some of your witty videos - they were interesting! Certainly an interesting "take" on things!

Is there a comic element in Jack's works also? !!