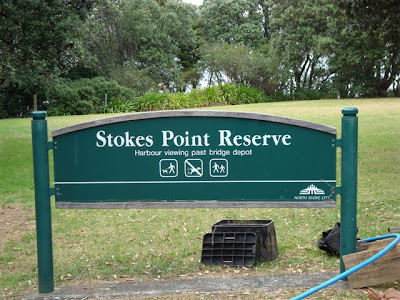 I'm co-editing a book on Auckland for our Massey University monograph series. The working title is A Super City: Views of Auckland, and it will consist of a series of essays by members of the School of Social and Cultural Studies, where I work, on various aspects of the city seen through the lenses of our diverse disciplines. You can find further details here.

Since our school happens to include Anthropologists, Historians, Linguists, Literary & Media specialists, Political Scientists and Sociologists, we're hoping the results will be pretty interesting. It's intended for a general audience as well as the students in our "Auckland: A Social and Cultural Study" summer-school course.

My co-editor Grant Duncan has already posted the abstract for his essay online, and you can request a draft of the whole piece from him here. 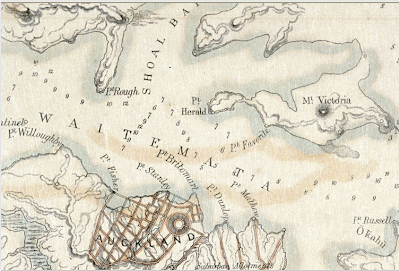 [Felton Mathews: Map of the Harbour of Waitemata (1841)]
My own essay is about Stokes Point, in Northcote (originally called Pt. Rough), which is the little reserve right under the Harbour Bridge, the spit of land from which it launches itself out towards the city. The particular angle I take on it might be seen as somewhat controversial, so I won't say any more about that here except to say that the working title is "The Stokes Point Pillars." If you want to know more, you'll have to read the book (due out in October).

What I thought I'd post here instead is a kind of suite of views of Stokes Point, from my visit there last Saturday with Bronwyn's digital camera.
• 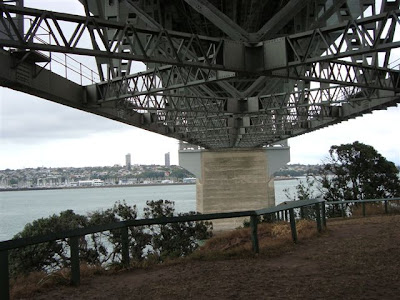 [The View from the Shore] 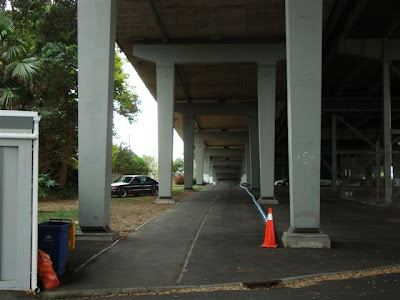 [The Avenue of Pillars] 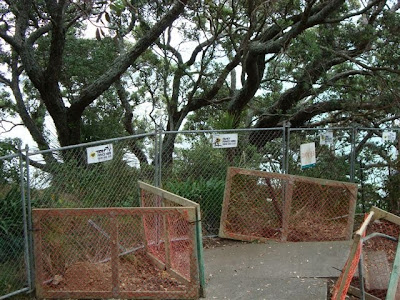 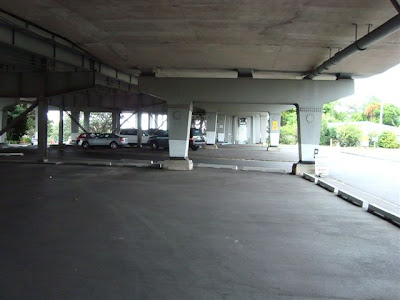 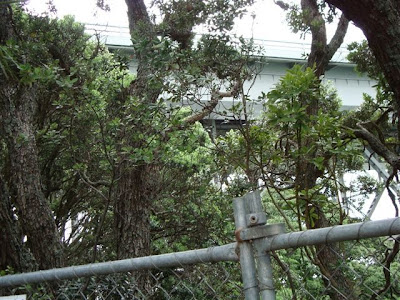 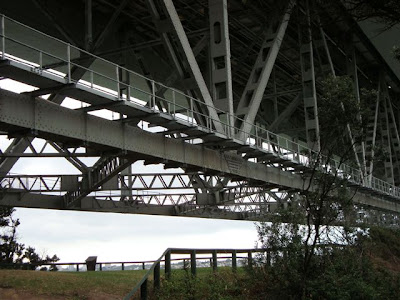 [War of the Worlds] 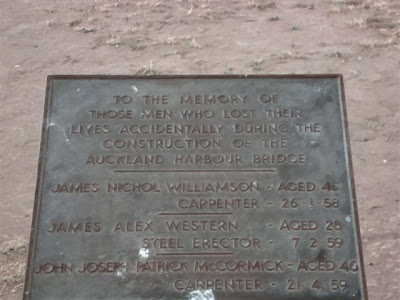 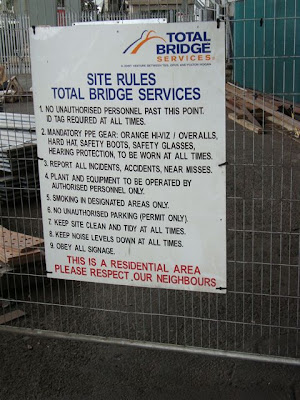 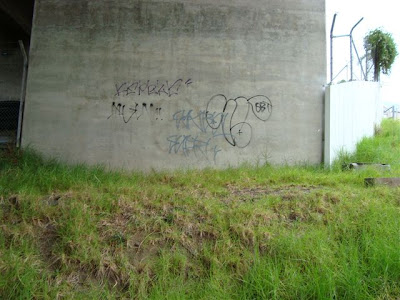 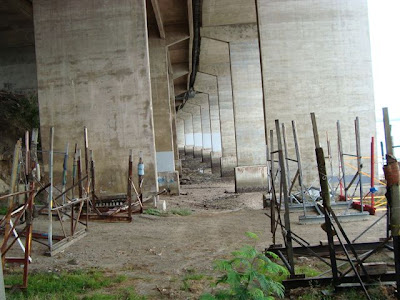 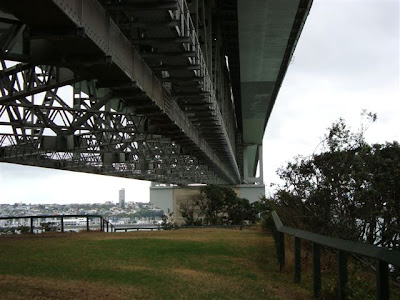 [The Convergence of the Twain]
Posted by Dr Jack Ross at 12:57 pm

I hope this is not going to cause offence, but I do hope that "A Super City" never graduates from working title to actual title!

Well, we originally had it with a question mark: "A Super City?", but then we thought that might be a bit heavy-handed. Perhaps that underlying ironic intention is no longer really apparent in its new form, though? You understand that the book is meant more as critique than celebration of recent moves towards Rodney Hyde's ghastly "Supercity" ... but hopefully also shows a certain affection for Auckland and its bizarreries.