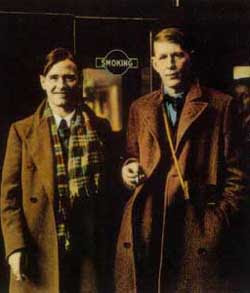 Think in this year what pleased the dancers best
When Austria died and China was forsaken,
Shanghai in flames and Teruel retaken,

1938, for W. H. Auden, was marked by Hitler's Anschluss [integration, connection] (read: invasion) with Austria, the ongoing Sino-Japanese war, the final brutal stages of the Spanish Civil War, but also the continuing blithe naivety of the European and American democracies in the face of all these threats ...

I guess any objective summary of our year 2010, seventy-odd years later, would have to include - on the positive side - the miraculous rescue of the 33 Chilean miners on October 13, the release of Aung San Suu Kyi from house arrest on November 13, and the fascinating Wikileaks revelations (thanks to the courage and vision of Julian Assange and his colleagues).

We'd also have to record, unfortunately, the Haitian earthquake in January, the Pacific tsunami in February, the escalating tension between North and South Korea, the appallingly mismanaged BP oilspill in the Gulf of Mexico, and - closer to home - the Christchurch earthquake in September, and the terrible mining tragedy at Pike River in November.

Under the circumstances, it seems a little frivolous to compile a checklist of our own year of events and achievements, but this has been a very full year for us - as for so many other people. Who knows? You might even get a chuckle out of one or two of the items below: 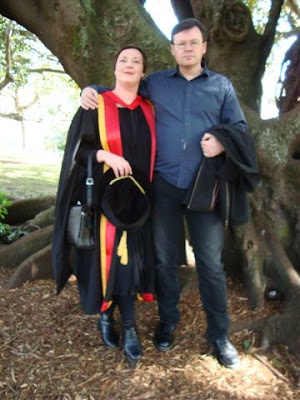 I believe that, on the evidence here, you could and should appropriate the moniker Creative New Zealand.

It sounds as if you've been pretty creative yourself this year ...

Good luck with the new book!

Further to your post... Here's a fine article by Gordon Campbell on Wikileaks.

Given that I lamented (in my 2009 interview with Tim Jones at Cordite) the Clark stance on GM crops, I note that the US has been pressuring European governments on the same issue.