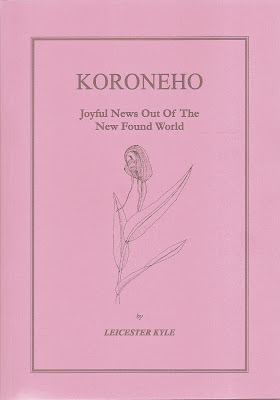 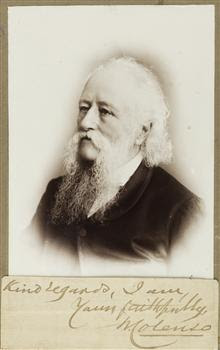 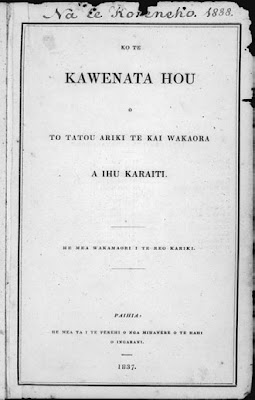 That's great Jack! Leicester said to me (to the effect) that one of the things for him was that Colenso had come rather under a cloud from certain of the more puritanical members of the Anglican fraternity (and the Royal Society (Science etc) as he had some extra curricular activity with a Maori woman!

He indeed liked the idea that the plants and flowers were almost arrogantly misnamed...but he took that idea as far as he could I think because in one sense Colenso-Leicester is Adam naming the New Found Land. When I saw the manuscripts I wanted him to go further and to "deconstruct" it all even more [deconstruct used loosely here]; but indeed he basically just showed them to me and Alan Loney and others but kept his own council. That [Koreneho] is one of the best things he did.

Words such as "sessile" and "subfuscate" and much more. The whole thing is like an extraordinary new kind of contemporary music that is still as if written partly by Bach.

He wasn't influenced by Pound directly I think his main fascination was with Zukofsky (he read his 'Bottom') and the letters between Niedecker and Zukofsky. I showed him my copy of
"80 Flowers" and he knew my huge enthusiasm for Michelle Leggott's "DIA" and I think that is what got him onto Zukofsky. He probably read the whole of "A"

He also loved John Ashbery's poetry (he used a number of lines of Ashbery's poems (acknowledged mostly if not always I think) in his own work) in fact he liked one particular poem "These Lacustrine Cities" (from 'Rivers and Mountains') which I showed him...he almost became obsessed by that.*

His own writing is not "difficult" but always alive I find. (It's "simplicity" is deceptive".) Michelle Leggott would probably appreciate hearing that book read aloud.

I think his work needs to be talked about more and even make its way into future NZ Poetry anthologies.

He would have loved circumstances of all this. Serendipity and all! And he had an almost impish sense of humour! He loved the "maverickness" of Colenso and such like!

I think he liked [t]his kind of lyrical cynicism!

*
They [the cities] emerged until
a tower
Controlled the sky, and with artifice dipped back
Into the past for swans and tapering branches,
Burning, until all that hate was transformed into useless love.

Also the slighty humouresque-paranoid tone of Ahsbery's poem.
If anyone is worried about the "useless love" Ashbery also wrote poem called "Civilisation and it's Discontents" [the only book (same title) I have ever read by Freud]

All I can say, Richard, is that if you hadn't preserved that one copy of the poem through all these years, this whole project would not have been possible -- the biggest thanks certainly go to you.

Thanks Jack. I dint quite realise there was no other basic copy. There was some in Loney's ADHOTWW and indeed Loney is to be commended for publishing it originally.

Leicester was great friend.
I'm cooking something up for Scott's Brief if I have time. But then I will do something definite on LK

Just now I'm reading Peter Simpson's book about McCahon in Titirangi. The deep issues of doubt arise (In the Elias series for example.) Creative doubt. My feeling is that while he kept his faith Leceister had a kind of creative doubt or even "negative capability" much like perhaps McCahon.

I suppose he planned on living longer. And then there are Davis and Brunton et al...

(As if these souls were "there" somewhere...Who knows. A mystery.)