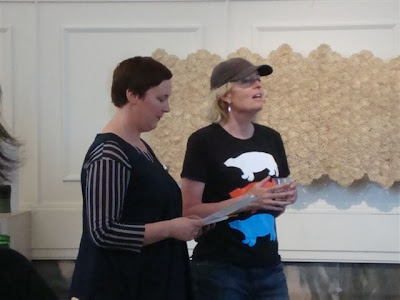 Well, the booklaunch duly took place, on Sunday 27th at Objectspace. There was quite a crowd gathered to hear Michele Leggott launch Bronwyn's book The Second Location, and Paul Janman launch Scott Hamilton's new book of poems Feeding the Gods (both available for order from the Titus Books website). 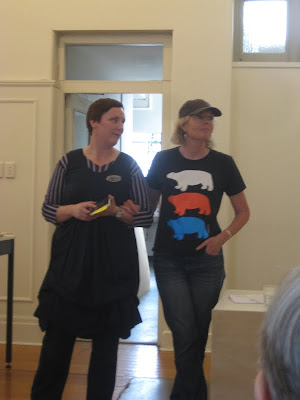 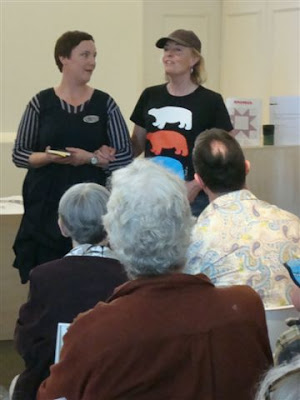 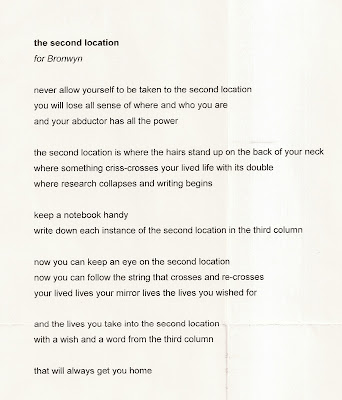 & here's the poem itself...
[copyright: Michele Leggott
(reproduced by permission)]

The catering, by Bronwyn and her sister Therese, was especially delicious -- there wasn't a cheesy scone or a madeleine left in the place by the time it all wrapped up, well after 5.30 pm. (As I carried off the last box of books to Brett Cross's car, I heard Richard Taylor calling after me, "Even Jack's doing some work for a change ...")

Bah! Sour grapes ... Here I am in full spout, sharing my views with the assembled company: 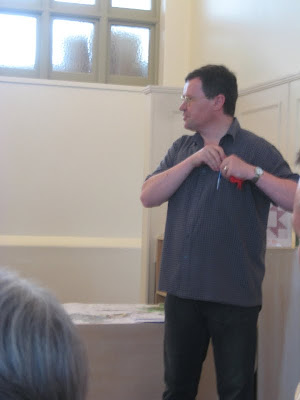 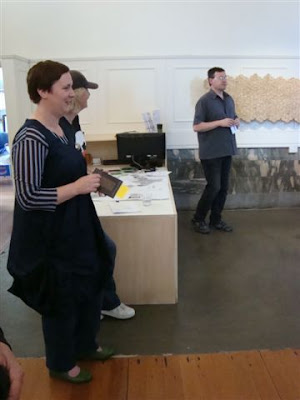 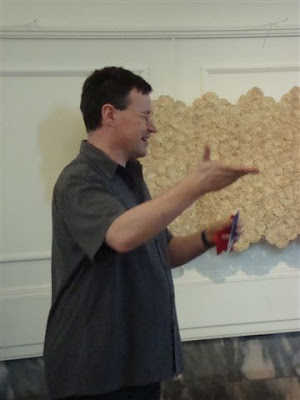 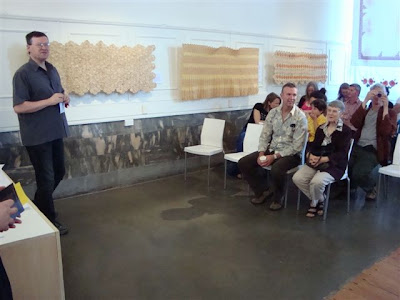 & again (though it's hard to say why anyone would want to take so many pictures of me -- at least this one shows the crowd: Mike Lloyd and my mother June prominent in the front row)

Unfortunately we didn't get any shots of Paul and Scott playing their celebrated game of monopoly, but you can read about it on Reading the Maps here & -- Stop Press -- I see that he now has pictures of it up here. 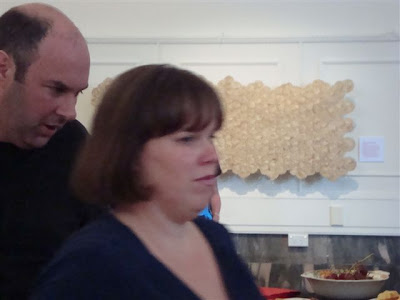 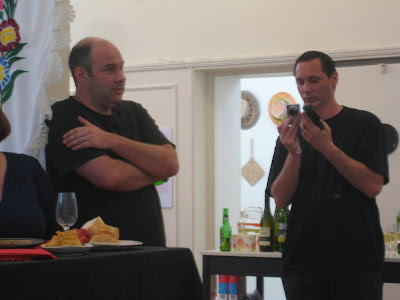 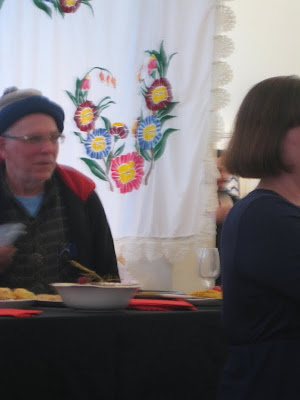 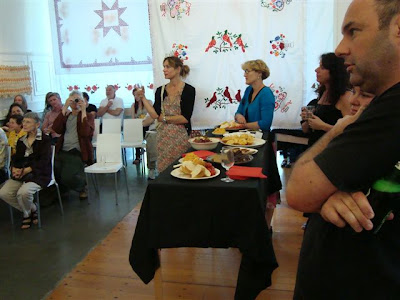 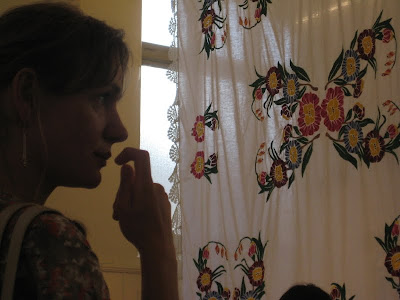 Phew! It took a bit of putting together, but everything seems to have gone very well indeed -- I guess that's what happens if you just live right. Time for a well-earned rest ... 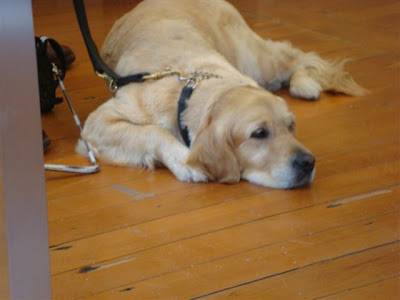