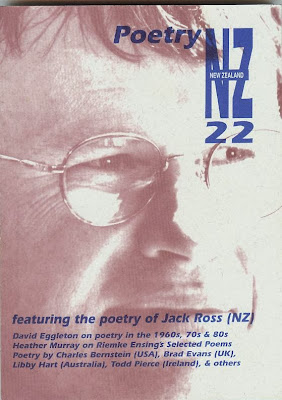 
I'm happy to announce that, at a meeting at Massey University's Albany Campus on 26th November 2013, an agreement was reached between the Head of the School of English and Media Studies, A/Prof Joe Grixti, Poetry NZ's managing editor Alistair Paterson, and production manager John Denny, for the future housing of the magazine by the university.

The new managing editor, in succession to Alistair, will be yours truly. I was featured in issue 22 in 2001, and I guest-edited issue 38 in 2009, which (I hope) qualifies me for such a task - though I don't pretend to claim that I could ever adequately fill Alistair's shoes: he's certainly a hard act to follow! 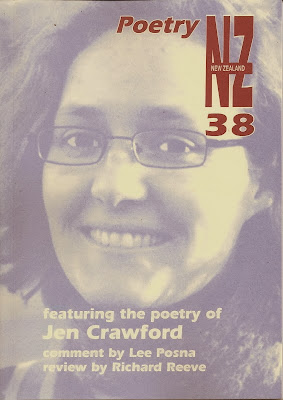 
But what precisely is Poetry NZ? New Zealand's most celebrated (as well as longest lived) poetry journal has been appearing twice a year since the end of the 80s, when it was started by Oz Kraus, initially with a series of guest editors, but then - from issue 8 onwards - under the editorship of distinguished poet, anthologist, fiction-writer and critic Alistair Paterson.


In another, truer sense, though, one could argue that the magazine actually started in 1951, when Louis Johnson began publishing his annual New Zealand Poetry Yearbook. That would make it the country's second-oldest surviving literary journal, after Landfall, founded by Charles Brasch in 1947. Johnson's series stopped in 1964, but a bi-annual version of the (re-christened) Poetry New Zealand was revived by Frank McKay in the 1970s and 80s and ran to six issues, each helmed by a different guest editor. 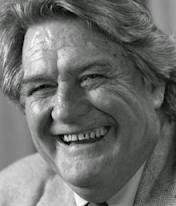 
Poetry NZ, in its present form, has now reached issue 47, with a 48th (to be guest-edited by Nicholas Reid) promised for next month. Longtime publisher John Denny of Puriri Press no longer feels able to undertake the myriad duties associated with the production and distribution of the magazine, however, so it seemed like a good moment to re-examine Poetry NZ's future as one of New Zealand's very few journals dedicated entirely to poetry and poetics. 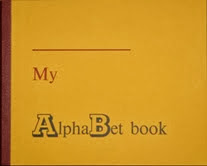 From issue 49 onwards, our intention is to revert to Louis Johnson's original concept of an annual poetry yearbook, approximately twice the size of the present 112-page issues, but retaining the magazine's essential characteristics, such as the featured poet, the reviews section, at least one substantial essay per issue, and - of course - a substantial selection from the poetry submitted to us by local and international authors. 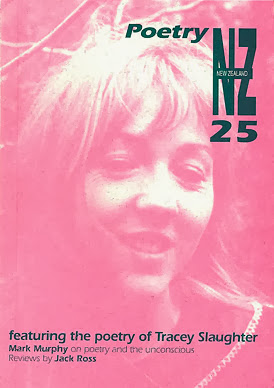 
I think that all three of us, Alistair, John and myself, feel that it would be a tragedy for New Zealand poetry if this journal were to cease to appear. Where else can such a substantial cross-section of our poets rub shoulders with writers from all over the world? Where else can we debate the important question of what (if anything) defines a national poetry (or poetics)?

Hopefully having a new institutional home will enable Poetry NZ to continue its already sixty-year-old engagement with such questions in the confidence that it will never become an in-house university publication. Like Landfall, so ably supported by the University of Otago, Poetry NZ will retain its proud independence, but also benefit from the resources of one of New Zealand's largest tertiary institutions (this year celebrating its 21st birthday here on our Auckland campus) ... 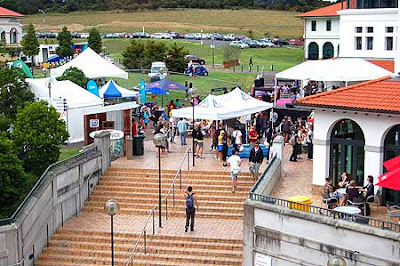 
Existing subscribers will be sent a copy of the enlarged issue no. 49 at no additional cost. Thereafter, though, new subscription arrangements will have to be made. Full details will be published in issue 48, and thereafter made public on the Poetry NZ website.

The most obvious change for the moment will be the fact that we'll now be open to electronic submissions (with "poetry nz" in the subject line) via email text and MSWord file attachments - in fact, that will become our preferred way to receive work. More details on that, too, later. 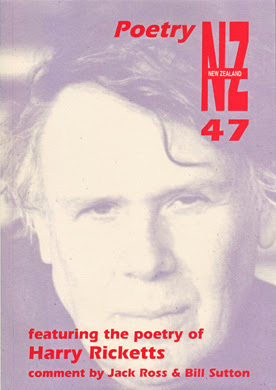 I'm delighted to hear that Poetry NZ will keep going into the future, and with good security. All the best!

I really appreciate your support.

There'll be more details to come, of course, but I thought I might just make this preliminary announcement now so that people can start dusting off their poems for our big end-of-the-year issue!

Great news, Jack: I've always thought that the yearbooks Johnson used to produced ought to be revived, because they provided valuable cultural snapshots of their time, and in the 21st century, when online publishing is so ubiquitous, print journals probably need to aspire to the status of anthologies if they're to justify themselves. And you have the Catholic (no pun intended) taste necessary for the editor of a broad church publication like Poetry NZ.

I take it you'll be sending me something as a contribution to the "cultural snapshot," Dr Hamilton?

Now that Alistair Paterson has stood down as the chief editor of Poetry New Zealand may I express my congratulations to him on his long stewardship in poetry editing. His strength as an editor was that he published a plurality of styles and voices not just one "school", Thus every poet had a chance of inclusion. He has mentored hundreds (if not thousands) of tyro and experienced poets. In particular he was the first editor to publish my work back in 1974 and has continued to publish my poems and short fiction from time to time. The best essay on my poetry - written by Dr John Horrocks - was published by Alistair. He has also assisted me through several personal crises. Good luck Alistair! All the best!

And also of course congratulations to Jack Ross on assuming the editorship of the magazine in its new format.

Jack - I'm so pleased to hear that PNZ will be able to continue, with some changes of course, and I can't think of a better person to be the next managing editor than your good self. The essential qualifications being great enthusiam for original poetry and a willingness to devote many hours of unpaid time to editorial work. All the best!

That is interesting news. I recall Alistair Patterson announcing his retirement from The Navy in 1989 when I was at Poetry Live. He asked (perhaps only half seriously, if there were any offers for work)! He then gave an interesting reading.

Some years later I got organized enough to submit systematically around and I sent poems to Alistair. It was, though, mandatory to follow that up with a chat (by phone) to the great man! And to agree with much of what he had to say. Those poems that got through that I sent were changed slightly in line with his suggestions.

Alistair is clearly hugely dedicated to the art of poetry.

I really should have subscribed, I think I did for a year but I had all kinds of financial stresses. Having retired myself recently (from - basically - doing nothing) I subscribed to Landfall (to keep in touch a bit) and of course I have bought every copy of Brief starting with Alan Loney's first issue.

The BHOTWW was more specifically 'avant garde' or outre or whatever (it has transformed as PNZ did) to more flexible format; but Poetry NZ had some great poems. I find old copies around the place: right beside one of mine (PNZ used an alphabetical order of names) was a poem by Jane Simpson whose poems I re-read the other day. They are hauntingly good.

(And that is only a snap-shot of all the work in there.)

PNZ "brings NZ writers together" as Simpson is the sister of an acquaintance (partly why I looked more closely at her poems) and I've never met her. But there were many others. I think I have those with Jack, Tracy Slaughter, Richard Reeves, and Jen Crawford featured. Reeves read last year at Poetry Live. It was very good and well attended.

I think that even the celebrated Michael Morrissey read one night...

There is (has been, hopefully will continue) a wide range of styles and philosophies represented as well as those who send in from all around the globe.

Yes, good work by Patterson and good that you are at the helm Dr. Jack. You will be able to cure the ills!

(The word is out that the Rosses and the Crosses are taking over the NZ Literary scene and imposing a cultural dictatorship, but we can dismiss these silly rumours...)

Great news, Jack, and what a team you'll have working with you. I'm so glad Massey is open to resourcing a renewed PNZ, and congratulations to Alistair for the years of work and mentoring he's done. Warmly, Lisa

oh right - sounds good - i like email submissions for sure

It's my understanding (from John Denny at Puriri Press) that issue 48, which contains full details of the "new order" at PNZ should be posted out to subscribers later this week.

Email submissions are certainly part of the changes we have in mind.