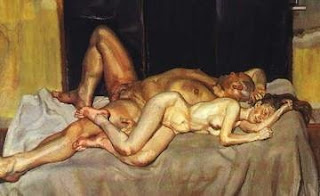 Aegeus, King of Athens, has taken the sorceress Medea as his new wife: "The only blemish of his prudent life."

... Mean-while his son, from actions of renown,
Arrives at court, but to his sire unknown.
Medea, to dispatch a dang'rous heir
(She knew him), did a pois'nous draught prepare;
Drawn from a drug, was long reserv'd in store
For desp'rate uses, from the Scythian shore;
That from the Echydnaean monster's jaws
Deriv'd its origin, and this the cause.

Thro' a dark cave a craggy passage lies,
To ours, ascending from the nether skies;
Thro' which, by strength of hand, Alcides drew
Chain'd Cerberus, who lagg'd, and restive grew,
With his blear'd eyes our brighter day to view.
Thrice he repeated his enormous yell,
With which he scares the ghosts, and startles Hell;
At last outragious (tho' compell'd to yield)
He sheds his foam in fury on the field,-
Which, with its own, and rankness of the ground,
Produc'd a weed, by sorcerers renown'd,
The strongest constitution to confound;
Call'd Aconite, because it can unlock
All bars, and force its passage thro' a rock.

The pious father, by her wheedles won,
Presents this deadly potion to his son;
Who, with the same assurance takes the cup,
And to the monarch's health had drank it up,
But in the very instant he apply'd
The goblet to his lips, old Aegeus spy'd
The iv'ry hilted sword that grac'd his side.
That certain signal of his son he knew,
And snatcht the bowl away; the sword he drew,
Resolv'd, for such a son's endanger'd life,
To sacrifice the most perfidious wife.
Revenge is swift, but her more active charms
A whirlwind rais'd, that snatch'd her from his arms.
While conjur'd clouds their baffled sense surprize,
She vanishes from their deluded eyes,
And thro' the hurricane triumphant flies.

The gen'rous king, altho' o'er-joy'd to find
His son was safe, yet bearing still in mind
The mischief by his treach'rous queen design'd;
The horrour of the deed, and then how near
The danger drew, he stands congeal'd with fear.
But soon that fear into devotion turns,
With grateful incense ev'ry altar burns;
Proud victims, and unconscious of their fate,
Stalk to the temple, there to die in state.
In Athens never had a day been found
For mirth, like that grand festival, renown'd.
Promiscuously the peers, and people dine,
Promiscuously their thankful voices join,
In songs of wit, sublim'd by spritely wine.
To list'ning spheres their joint applause they raise,
And thus resound their matchless Theseus' praise.

Great Theseus! Thee the Marathonian plain
Admires, and wears with pride the noble stain
Of the dire monster's blood, by valiant Theseus slain.
That now Cromyon's swains in safety sow,
And reap their fertile field, to thee they owe.
By thee th' infested Epidaurian coast
Was clear'd, and now can a free commerce boast.
The traveller his journey can pursue,
With pleasure the late dreadful valley view,
And cry, Here Theseus the grand robber slew.
Cephysus' cries to his rescu'd shore,
The merciless Procrustes is no more.
In peace, Eleusis, Ceres' rites renew,
Since Theseus' sword the fierce Cercyon slew.
By him the tort'rer Sinis was destroy'd,
Of strength (but strength to barb'rous use employ'd)
That tops of tallest pines to Earth could bend,
And thus in pieces wretched captives rend.
Inhuman Scyron now has breath'd his last,
And now Alcatho's roads securely past;
By Theseus slain, and thrown into the deep:
But Earth nor Sea his scatter'd bones wou'd keep,
Which, after floating long, a rock became,
Still infamous with Scyron's hated name.
When Fame to count thy acts and years proceeds,
Thy years appear but cyphers to thy deeds.
For thee, brave youth, as for our common-wealth,
We pray; and drink, in yours, the publick health.
Your praise the senate, and plebeians sing,
With your lov'd name the court, and cottage ring.
You make our shepherds and our sailors glad,
And not a house in this vast city's sad. 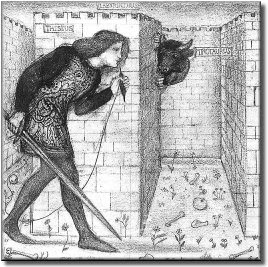 This piece was translated not by Dryden but by Nahum Tate (1652-1715), "like Dryden a posthumous contributor" says Garth Tissol in his introduction to the recent Wordsworth Classics reprint of this classic version.

Does it make much difference? It's hard to say. There's a - slightly worrying -continuity between all the various voices included in Samuel Garth's collaborative Metamorphoses. It's fluent and effective and yet somehow slighlty uninspired. Though I suppose one occasionally feels the same about Pope's Odyssey (1725-26), compiled according to a similar scheme. 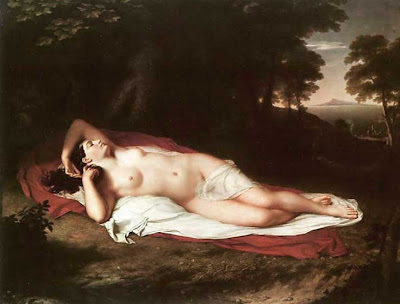 One of the most influential reading experiences of my life was the discovery of Mary Renault's The King Must Die (1958) in my early teens. it was sexy, violent, revisionist, and full of the dark passions of the ancient Matriarchal Mediterranean before the advent of the Apollonian values of Classical Greece.

Renault made full use of Sir Arthur Evans' reconstruction of the Minoan culture of Crete, and wrote as if the seasonal theories of Frazer's Golden Bough (and perhaps even Graves's White Goddess) were established fact.

The result seemed fantastically original and electrifying to me at the time. I can still recite long passages of the book in my head. I fell in love with her Ariadne at once - only her Minotaur seemed a bit disappoinitingly rationalised.

Every age must create their own Theseus, but mine will always be fixed in the image created by Renault:

The tradition that he emulated the feats of Herakles may well embalm some ancient sneer at the over-compensation of a small assertive man. Napoleon comes to mind.

If one examines the legend in this light,a well-defined personality emerges. It is that of a light-weight; brave and aggressive, physically tough and quick; highly-sexed and rather promiscuous; touchily proud, but with a feeling for the under-dog; resembling Alexander in his precocious competence, gift of leadership, and romantic sense of destiny. (Renault, 345)


Mary Renault would go on to create an image of Alexander, in her three novels of the subject: Fire from Heaven (1970), The Persian Boy (1972) and Funeral Games (1981), even more compelling than this initial recreation of the nature of Theseus.
Posted by Dr Jack Ross at 1:48 pm