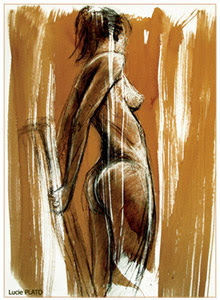 
Picture a space at the heart of the world, between the
earth,
the sea and the sky, on the frontiers of all three parts of
the universe.
Here there are eyes for whatever goes on, no matter
how distant;
and here there are ears whose hollows no voice can fail
to penetrate.
This is the kingdom of Rumour, who chose to live on a
mountain,
with numberless entrances into her house and a
thousand additional
holes, though none of her thresholds are barred with a
gate or a door.
Open by night and by day, constructed entirely of
sounding
brass, the whole place hums and echoes, repeating
whatever
it hears. Not one of the rooms is silent or quiet, but
none
is disturbed by shouting. The noise is merely a
murmuring babble,
low like the waves of the sea which you hear from afar,
or the last faint
rumble of thunder, when storm-black clouds have
clashed in the sky.
The hall is filled by a crowd which is constantly coming
and going,
a flimsy throng of a thousand rumours, true and
fictitious,
wandering far and wide in a turbulent tangle of
language.
They chatter in empty ears or pass on stories to others;
the fiction grows and detail is added by each new teller.
This is the haunt of credulity, irresponsible error,
groundless joy, unreasoning panic, impulsive sedition
and whispering gossip. Rumour herself spies every
occurrence
on earth, at sea, in the sky; and her scrutiny ranges the
universe.


Unpleasant irony, again, that has Ovid writing about the unpleasant, ubiquitous powers of rumour, when it must have been rumours about his scurrilous verses and lifestyle which landed him in trouble in the first place.

This is, of course, a very influential passage. It directly inspired Chaucer's description in The House of Rumour in his early poem The Hous of Fame - and the vein of allegory, rather than mythology, it introduced into European literature (along with a few key passages in Virgil's Aeneid) would have a long and complex prgency -- not least the appearance of Rumour "painted full of tongues" at the beginning of Shakespeare's Henry IV, Part Two:

Open your ears; for which of you will stop
The vent of hearing when loud Rumour speaks?
I, from the orient to the drooping west,
Making the wind my post-horse, still unfold
The acts commenced on this ball of earth:
Upon my tongues continual slanders ride,
The which in every language I pronounce,
Stuffing the ears of men with false reports.
I speak of peace, while covert enmity
Under the smile of safety wounds the world:
And who but Rumour, who but only I,
Make fearful musters and prepared defence,
Whiles the big year, swoln with some other grief,
Is thought with child by the stern tyrant war,
And no such matter? Rumour is a pipe
Blown by surmises, jealousies, conjectures
And of so easy and so plain a stop
That the blunt monster with uncounted heads,
The still-discordant wavering multitude,
Can play upon it. ... 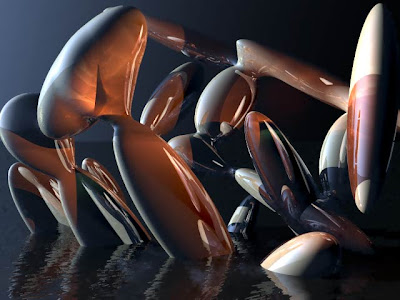 
David Raeburn’s Penguin Classics translation is certainly a worthy rival to Charles Martin’s for best contemporary verse translation. Personally, I prefer it. I like his attempt at hexameters, and if one can get over the awkward layout his publishers have given him, the stories flow very well through his intricate lines.

I fear he may have been scooped by Martin's more widely publicised version, but I think it's nice to have both of them side by side -- rather like the Rolfe Humphries / Horace Gregory double-act in the 50s, or the Melville / Boer scrap in the 80s ...
Posted by Dr Jack Ross at 1:50 pm