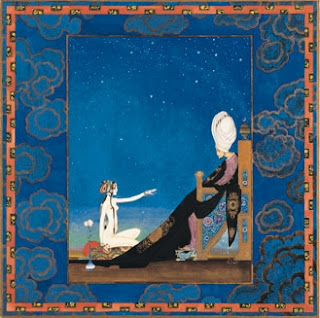 Between 1991 and 1995, I spent a huge amount of my time reading and collecting different editions and translations of the Arabian Nights.

It's a bit hard to say why, in retrospect. I guess it might have been a reaction against the brain-strain of finishing my dreadful Doctoral thesis - An Elusive Identity: Versions of South America in English Literature from Aphra Behn to the Present Day (University of Edinburgh, 1990). At the end of all that labour I seemed to have lost the ability to take any pleasure at all in reading or writing, so I tried to recover by making a beeline for my ultimate fantasy book, the ubiquitous yet strangely invisible Nights, with all its proliferating texts and versions, all its competing codes and overlapping cultural frames.

The plan was always, eventually, to write a book on the subject. But it soon became obvious to me that I lacked the learning to produce anything really scholarly. I can read a few languages, but Arabic isn't one of them - let alone Persian - and there's no longer all that much room for amateurs in these fields of study.

So I compromised by trying to compose a series of very limited vignettes on particular aspects of the influence of the Nights, within the larger field of Comparative Literature.

After that, though, I shifted my attention out of the academic area altogether, back to fiction and poetry, so the Arabian Nights stuff got sidelined until now.

This set of essays is to be considered as a work-in-progress, then. There are many adjustments still to be made, and the fact that it's been ten years or so since I last looked at most of it means that there's a lot of more recent work in the field which I haven't been able to take account of. For what it's worth, though, here's a set of links to the various sections of my projected critical opus on one of the most fascinating, mysterious and least-understood books in world literature ... 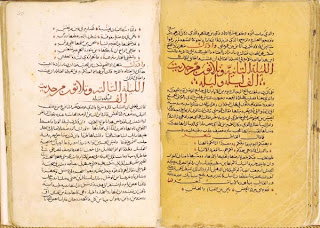 The School for Paradox

Chapter 2: Europe, Christianity and the Crusades

Chapter 4: Parodies of the Arabian Nights

Chapter 5: The Poetics of Stasis