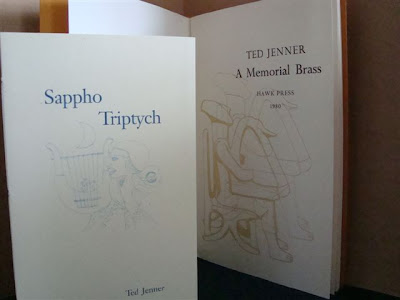 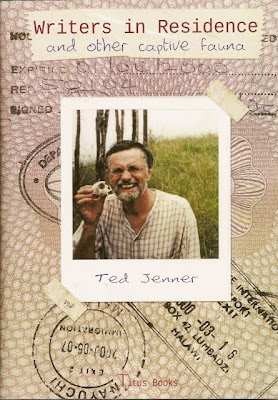 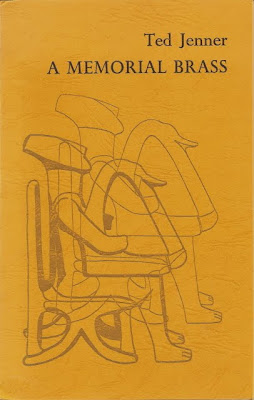 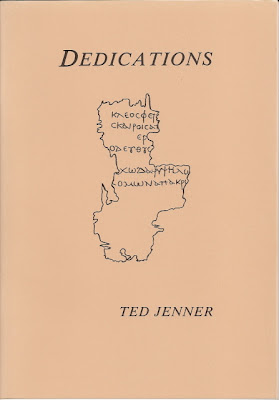 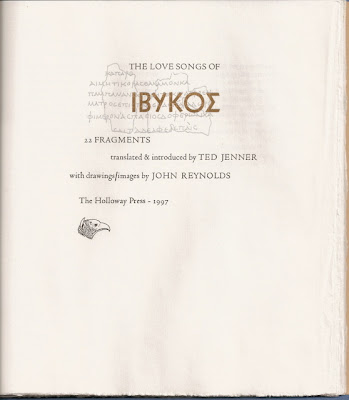 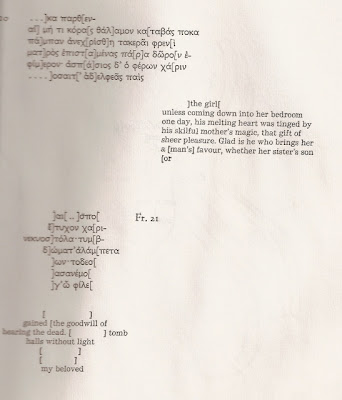 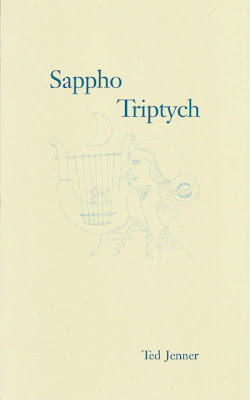 The old lady should come clean already - she obviously got into Latin for the academically-sanctioned depravity. Which remains to this day the sole reason to learn Latin.

Do check out the new (James K. Baxter-themed) issue of Ka Mate Ka Ora if you have a moment, though.

Way ahead of you - I'm a sucker for anything with Dougal McNeill in it.

I learnt Latin as teenager but stopped when I left school it which I regret deeply (for some reason I loved learning it). We also learnt about the Roman Emperors and so on.
Ted Jenner is also fascinated by postmodern and modern writing (and some ideas such as those of Heidegger, some Buddhism, and Alan Watt I think; certain modern US (and other) writers as well as these ancient texts) of all kinds so he kind of bridges the poles so to speak.

His book 'Writers in Residence and Other Captive Fauna.' is great. It deals also with his really fascinating time in Malawi. I found it very intense.

Oh, and your translations of Sappho are witty and good - BUT - I cant ever accept a better than the one about time passing than is translated by Aldous Huxley in 'Texts and Pretexts'... perhaps the old lady was me in disguise!!

I went downtown, saw Katie in the nude
on Common Avenue, detracted soltitude
as it were, like a dream-state rosely hued,
like no one else could see her; DAMN! I phewed;

was reciprokelly then, thank heaven, viewed,
bestowed unique hard-on! but NOT eschewed,
contrair-ee-lee, she took a somewhat rude
'n readidy attude of Sex Prelude; it BREWED!

And for a start, i hiccuped "Hi!", imbued
with Moooood! She toodledooed: "How queued
your awe-full specie-ally-tee, Sir Lewd,
to prove (alas!), to have me finely screwed,

and hopef'lly afterwards beloved, wooed,
alive, huh? Don't you even DO it, Duu-uuude!"

Consider Sex and time, procreation, reincarnation. Trigonometry! I envisage the time axis as the repetitive tangens function. Do you see what I mean? What can be tentatively derived from this notion? Clue: orgasm AND birth pangs at tan 0.

You are very welcome to promote your blog on mine. They are well frequented, so there's mutual benefit.

Your "Babe Wallpapers" site is particularly disturbing, I think, Peter. Something seems to have gone wrong with all of their eyes. Unless that's the point? ... Anyway, don't go changing.

Ah, the exact same comment he left on my blog earlier today. Charming.