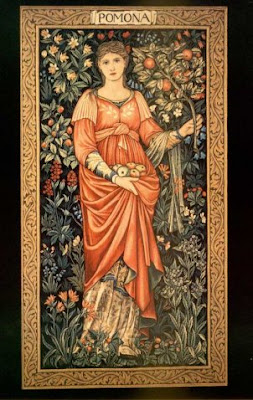 ... The God that can uppon him take what kynd of shape he list
Now having sayd thus much in vayne, omitted to persist
In beldames shape, and shewde himself a lusty gentleman,
Appeering to her cheerefully, even like as Phebus whan
Hee having overcomme the clowdes that did withstand his myght,
Dooth blaze his brightsum beames agein with fuller heate and lyght.
He offred force, but now no force was needfull in the cace.
For why shee beeing caught in love with beawty of his face,
Was wounded then as well as hee, and gan to yeeld apace.

(1) It may be interpreted Appleby
(2) Turner 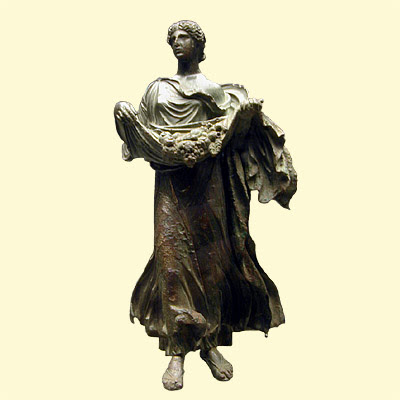 So Pomona (or "Appleby"), the goddess of fruit trees, gardens and orchards, married Vertumnus ("Turner") because he fooled her into listening to him by disguising himself as an old woman.

This, we're informed, is the only purely Latin story in the whole of the Metamorphoses, and is perhaps included to make a contrast to the Rape of the Sabine Women and all the other bloody episodes from Roman history which fill the last couple of books.

Are they, in fact, meant as a pair of rustic rivals to Virgil's tragic protagonists Dido and Aeneas?

The whole talky episode certainly contrasts strongly with all the rape scenes earlier in the poem. The turning seasons require fertility - it's appropriate that the goddess should give in, rather than being frozen in place as yet another virgin Laurel tree or fountain ... 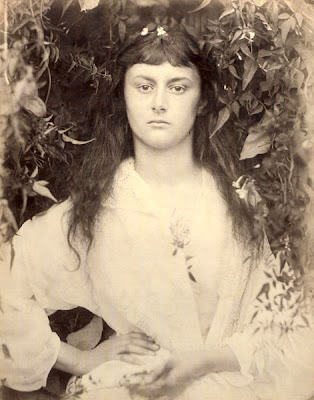 Golding is, of course, the first and most influential translator of Ovid into English. His rhyming fourteeners sound very clumsy now, but even if they had no particular distinction in themselves, they would still be worth reading for their influence on Shakespeare.

Popund famously declared Golding's translation to be the "most beautiful book in the language." And it never does seem to go out of print, so there must be something in it. See what you think, anyway ... 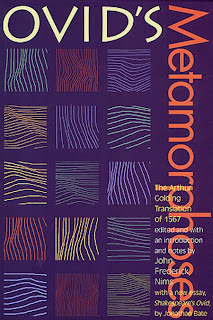