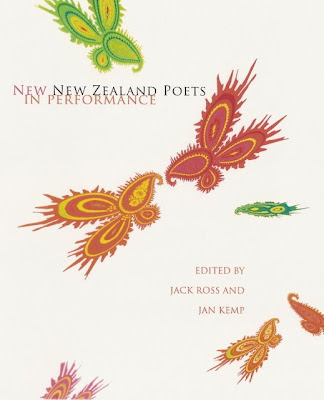 ‘If it doesn’t exist on the Internet, it doesn’t exist.’ One of our recent reviewers quoted this provocative apothegm from US poet and conceptual artist Kenneth Goldsmith. I don't know if I entirely agree - books and (more to the point) live performances have a huge importance still - but we've certainly taken the dictum to heart. There's now a complete index site devoted to the Aotearoa NZ Poetry Sound Archive (2002-4) and its predecessor, the Waiata Archive (1974). This includes pages on each of our 200-odd poets, together with full bibliographical details of our three AUP publications and the original 3-LP set NZ Poets Read their Work (1974).

It's to be hoped that at some point in the future we may be able to link to a number of soundfiles from the archive itself, but for the moment (largely for copyright reasons) the only tracks available online are at our NZEPC 12 Taonga feature, and on the NZEPC's own author pages.

We've received some brickbats as well as many bouquets from our numerous reviewers. Some have taken exception to our choice of titles. Certainly, I concur that if we'd chosen to call any one of our volumes The Classic or The Contemporary or The New NZ Poets in Performance, I think it would be perfectly legitimate to interpret this as yet another exercise in building up a definitive canon of Kiwi poets. But then (of course) we didn't.

Classic, Contemporary and New NZ Poets in Performance, our actual titles, clearly imply the existence of many other "classic," "contemporary" and "new" poets whom we haven't been able to include for a variety of reasons (discussed in more detail in the books themselves). I'm not myself very interested in deciding who's in and who's out in a more loaded sense. The more the merrier is my instinct when it comes to our rich and fruitful poetry scene.

There also seems to be some dispute over the term “in performance." Personally I don’t see the presence (or absence) of a live audience as the sole criterion of performance. Do all the members of a movie's eventual audience have to be present when an actor records each take of a scene? And yet we continue to speak of Robert de Niro’s “performance” in Raging Bull or Taxi Driver. Or is it only stage actors who can be said to “perform”?

For the record, then, I'd like to state my opinion that a poet's studio recording of a poem can be every bit as much of a "performance" as the interpretation given at a live poetry reading. Our intention all along has been to include the best versions available to us of New Zealand poets reading their own work. I fail to see any ambiguity in our use of the term, but if anyone has been misled by it, I certainly apologise for the confusion.

I guess our desire all along was that the book could be used to promote awareness of NZ poetry in schools and tertiary institutions (though of course it’s been priced to appeal to individual consumers as well).

With that in mind, I’ve followed my own example with the two previous volumes by compiling a thematic breakdown of all the poems in the anthology (and it took quite a while, too, so don’t wax too sarcastic at my expense. I know that some of the categories are a bit suss):

Another way of choosing a poet to talk about in your classroom (or your writing workshop, for that matter) might be through region and locality. Why not try to find a poet who comes from near where you live? Is there anything about their subject-matter, or their approach to writing, which seems to you to intersect fruitfully with the characteristics of your area?

Many of the poets in this book have associations with more than one place, but some (such as Tusiata Avia or Richard Reeve) are very strongly identified with a particular place, and constantly revisit it as subject-matter in their work.

Finally, further information may be accessed at the following websites:

• Aotearoa New Zealand Poetry Sound Archive: Bibliographical Aids for the Use of Those Consulting the Waiata Archive (1974) and the AoNZPSA (2002-2004) - Audio Recordings available in Special Collections, University of Auckland Library and in the Alexander Turnbull Library, Wellington.
(This is our own dedicated site, with full details of the AoNZPSA project).

• Homepage. Auckland University Press.
(Details of books and other publications by a number of the authors in the anthology).

• Twelve Taonga. The New Zealand Electronic Poetry Centre.
(A brief account of the creation of the 1974 and 2004 recorded poetry archives, which were the principal source for this series of books). 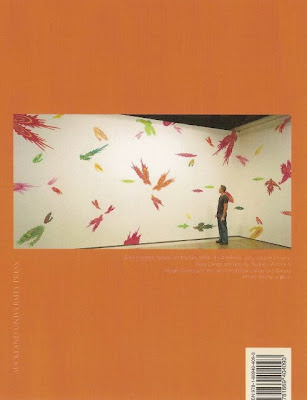 Just wanted to say I loved the last 2 books and look forward to getting this one. Earlier this year I played Hone Tuwhare to my kids (the oldest is 5) and they were spell bound. when you aren't in a main centre it can be very easy to think of poetry purely in its written form - performance? - yes!

Well, thanks for that -- I really appreciate it. Most of the reviewers have been pretty kind (some of them even quite effusive), but to hear one or two of them talk, you'd have thought I poisoned their dog in a previous incarnation ...

Did the cover designer use "Ebbru" (clouds or similar in Turkish? - thus the Turkish marbling technique) as you will know from your other "book" hobby "marbling" is seen on the paste downs etc of many old boks and some new ...I saw a demonstration of it on YouTube - fascinating.Hi Lisa Jane

I understand that Sara Hughes specialises in large installations of the kind pictured on the back of the book. She was Katrina Duncan's choice, though, not mine. I don't know her work very well, or what techniques she uses. It looks more like Paisley than marbling to me.

I do think she was a brilliant choice to complement Pat Hanly and Richard Killeen, who provided the images we used on the first two books, though. Hanly (as I recall) was Jan Kemp's suggestion and Killeen Michele Leggott's, so it's been a very collaborative process. Christine Hansen, who designed the actual covers, has done a great job of making the designs consistent, I think.

The idea was, in each case, to use a New Zealand artist whose career concerns in some way paralleled the poets included in the three books. I think we couldn't have chosen better, myself, but of course I'm probably prejudiced ...